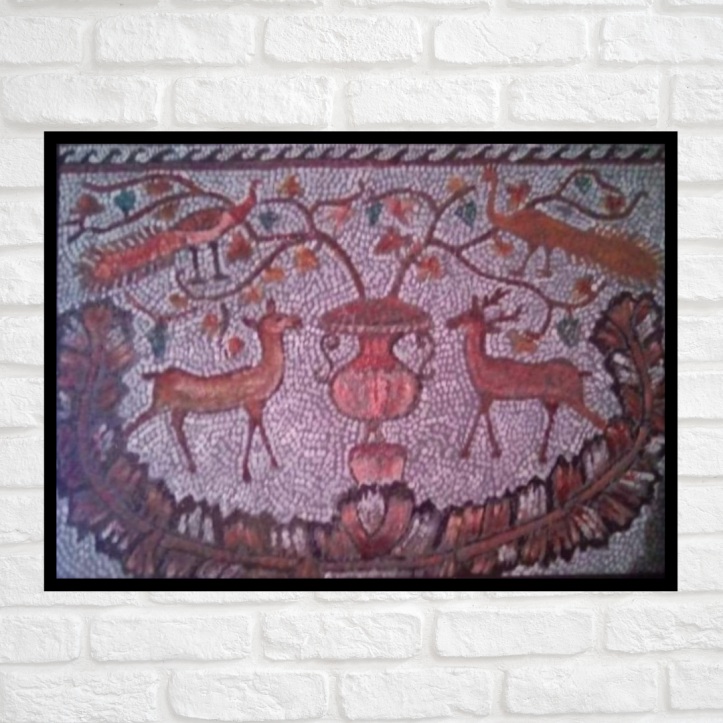 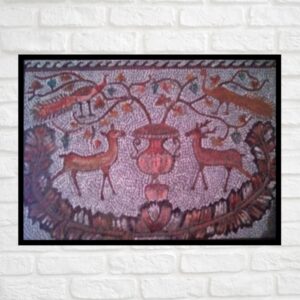 Title: CENTRAL MOTIVE FROM THE LARGE BASILICA IN HERACLEA – LENCESTIS IN BITOLA

Material: Mosaic in a special technique with oil paints

Born in 1949 in Bitola. He has loved art since he was young. Although he has spent most of his life, ie 44 years, working as a driver in ZAS and “Continental”, he constantly tries to dedicate part of his free time to the fine arts, which he learned the most in the studio of the famous icon painters Risto Dimovski and Nikola Krnchev. He uses the oil on canvas technique and makes mosaics with a special technique with various motifs such as churches, monasteries, flowers and landscapes. His works are found in England, France, Sweden and the countries of the former Yugoslavia. In 2018 there was a solo exhibition at the NU Center for Culture Bitola where he presented works made in various techniques. He has realized joint exhibitions together with a group of young authors to whom he transferred the technique and motivates them to start creating works of art.