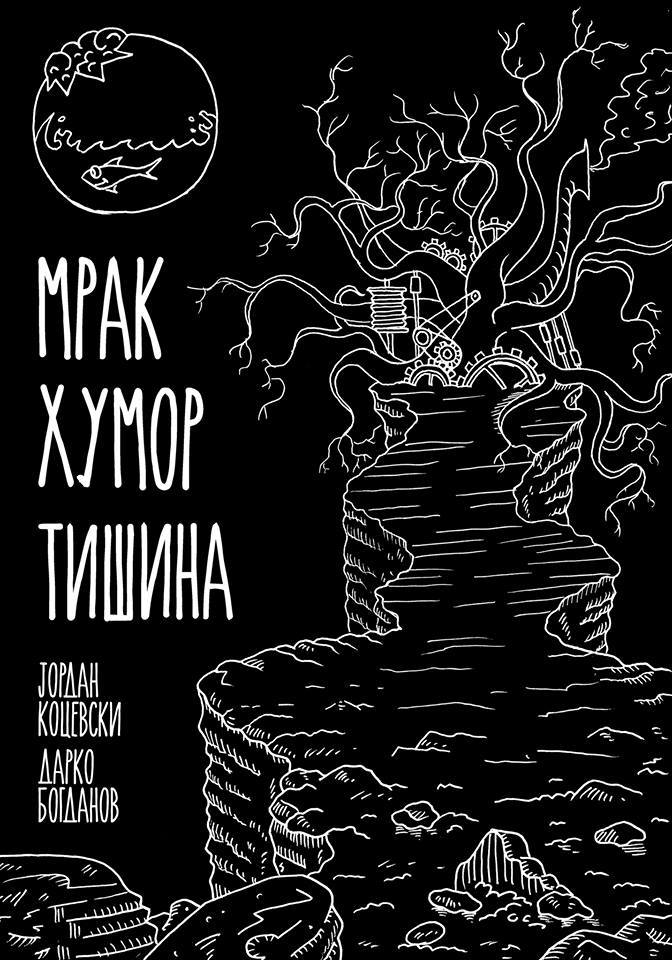 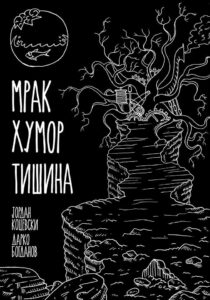 “Dark Humor Silence” is an anthological comic book edition that completes the collaboration of the authors Darko Bogdanov (drawings) and Jordan Kocevski (story) on a number of short comics that the team has made in the period from 2009 to 2014. As the title suggests, the stories are divided into three sections – dark stories with partial elements of horror (“Darkness”), humorous comics with a twist at the end (“Humor”), and comics in which the main thing is silence and all that it carries it, mostly without text, or the text is equivalent to the inner silence of the characters. Beside the main authors, in this edition as special guests are represented a whole team of Macedonian illustrators and writers with their small segments – Andrej Manev, Aleksandar Stevanov, Stefan Kocevski, Vesna Nichevska, Igor Jovcevski and Stefco Kocevski.