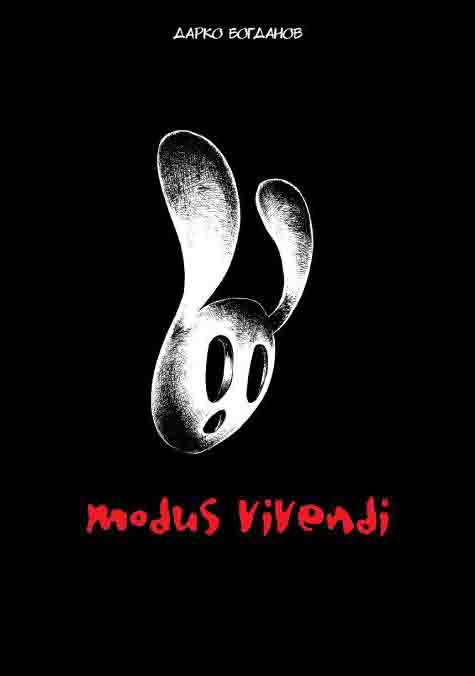 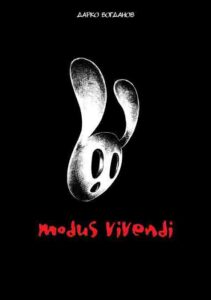 “Modus Vivendi” is an intimate journey into the subconscious, to the borders where different realities unite, where dream and reality intertwine, a sublime of different influences and experiences, to the very core of art, desires, fears, darkness and light of the nameless hero, who can be any one of us. Intertwined with the pseudo-poetic interlude of the oneiric thought harlequins, with a drawing richly in black tones, the edition itself is a specific combination of alternative and mainstream comics, which requires active reading by readers, and their inclusion in terms of drawing conclusions from the story, individually and according to their own views and principles. The circle closes with a gallery of illustrations by our comic authors – Vesna Nichevska, Andrej Manev, Igor Jovcevski, Nikola Temkov and Viktor Lozanov, drawings inspired by the comic itself, which gives an ideal stamp to the whole concept.